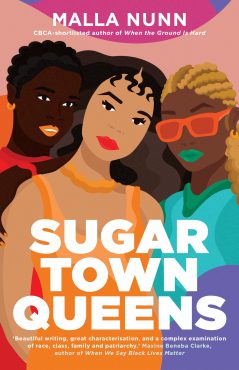 Fifteen-year-old Amandla’s mother has always been strange. For starters, she’s a white woman living in Sugar Town, one of South Africa’s infamous shanty towns. She won’t tell anyone, not even Amandla, about her past. And she has visions, including ones that promise the return of Amandla’s father as if he were a prince in a fairytale, but their hardscrabble life is no fairytale.

Leah presents her T shirt she designed as a Creative Response to Sugar Town Queens.